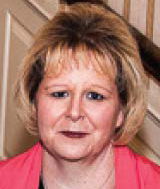 Patti’s journey at Foxwood Manor began as a volunteer for resident services. Soon after, she was offered the position of resident services coordinator in March 2002. In 2002 and 2004, she received awards for “Best Practices in Resident Services” in the Mid-Atlantic Region. For 2004, she was awarded the “Outstanding Newsletter” in the Mid-Atlantic Region. 2009, She won “Best Supporting Partner” for the VITA Tax Preparation site. In 2013 Patti won “Women Who Make a Difference Award” from the YWCA and the Bucks County Opportunity Council. Over the years she have provided new educational services as well as on-going services to the residents and local community.