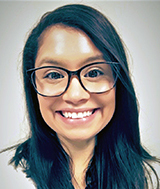 Adrianna joined Operation Pathways as the resident services coordinator at Cleme Manor in Houston, Texas in 2019. Originally from Massachusetts, Adrianna moved to the South where she taught and led in two Title I schools before leaving the classroom to coach teachers with Houston ISD. Throughout her time working with students and teachers, Adrianna realized that she was passionate about empowering people to become the best and most vibrant versions of themselves in all facets of life – not just academia. By joining Operation Pathways, Adrianna hopes to work alongside community members to make lasting positive, holistic change. She has an MAT in educational leadership and English language arts as well as a B.A. in global studies.